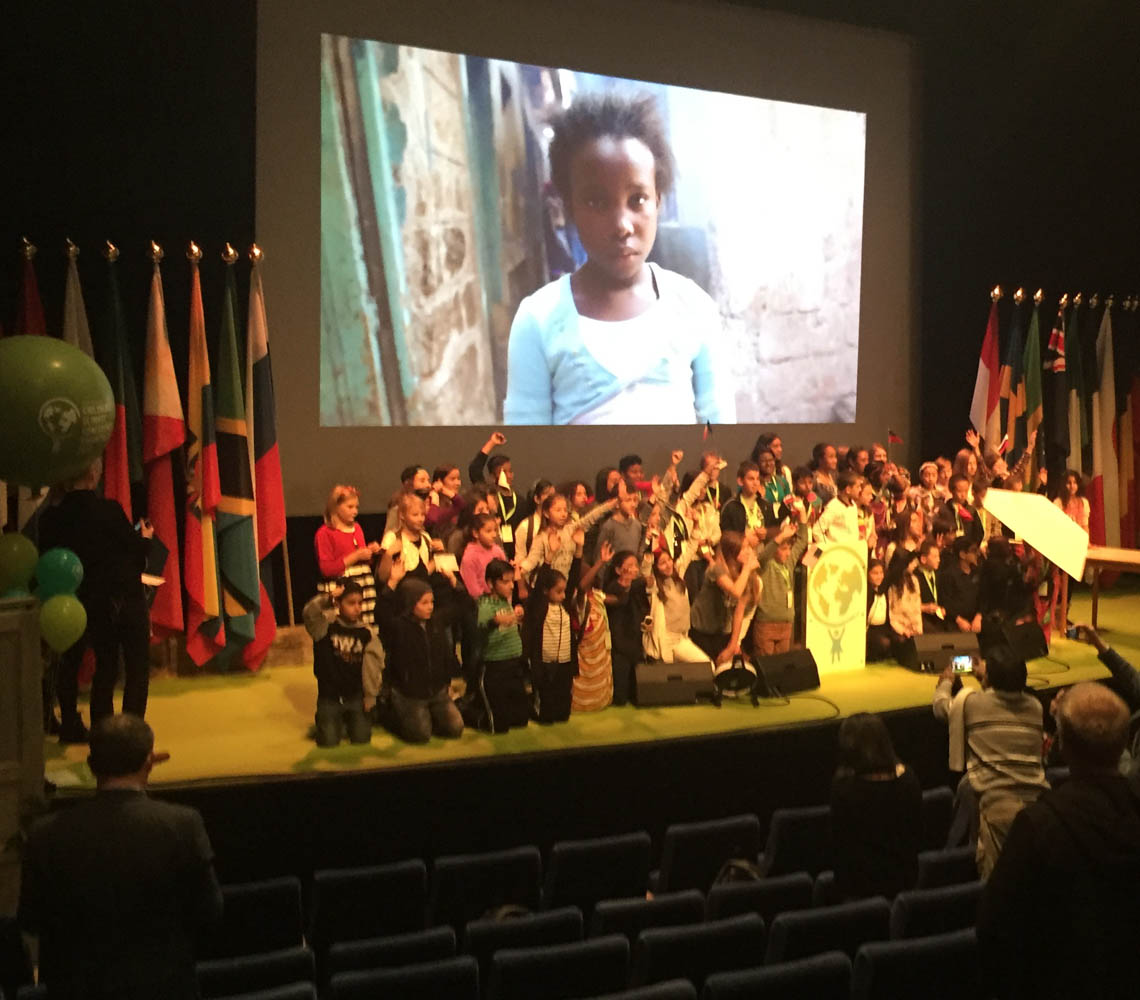 
"Act like a kid!" A message to the UN Climate Conference in Paris COP21 with the children's concerns, visions and suggestions for the future.

Children’s Climate Conference (CCC2015) was organized by Telge Energi in Södertälje just south of Stockholm. Globetree was asked to help by inviting children from 25 countries representing all continents, be advisors to the planning team, assist with workshops and lead the seminar for the adult leaders of the children. We accepted the mission. The climate is the greatest challenge facing the world. Everyone need to support – to do what we can! The children were invited as Official country delegates to the City Hall of Södertälje, where they talked about climate change that they already can observer where they live.
The thoughts, concerns, visions and proposals for the future that the CCC2015 agreed upon became a message to the big UN Climate conference in Paris COP21. The communiqué was: “”Act like a kid”.

Three of the children from CCC2015 were invited to the Young and Future Generations Day of COP 21 which had the motto “Youth as Agents of Change”. It was very proud children presenting the message and was finished with blowing balloons until they burst and confetti flew around the room!
It was Daniel from Södertälje and Luisa and Juliette from Paris who received this very special mission – to reach the world leaders who met in Paris.
The adults who participated in the seminar How can we support the children’s concern for the Climate Change went into immediate action to create a CCC Still Running! homepage. 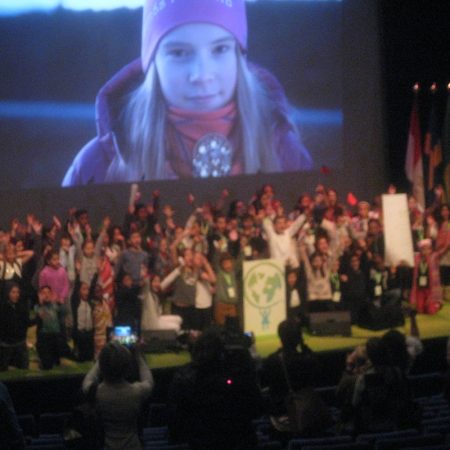