A tree on the grounds of the Museum was chosen to be the Children’s Tree (Ficus Tree). It was inaugurated with Our Uniting Water and Soil Ceremony. Ag. Director General of the National Museums of Kenya, Mr. Augustine Lomon’gin welcomed all, children and dignitaries, to the Museum. He pointed out that ceremonies have been an important part of earlier life and has been aborted in modern time and lost its potential of reaching a deeper level of human interaction.

A handful of soil and a small bowl of water were presented to their Mayors coming from ten cities in the Lake Victoria Region and Sweden. 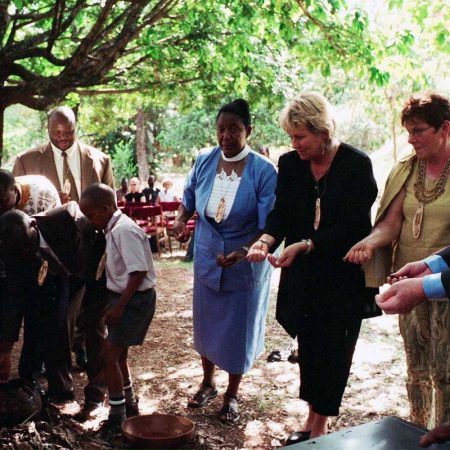