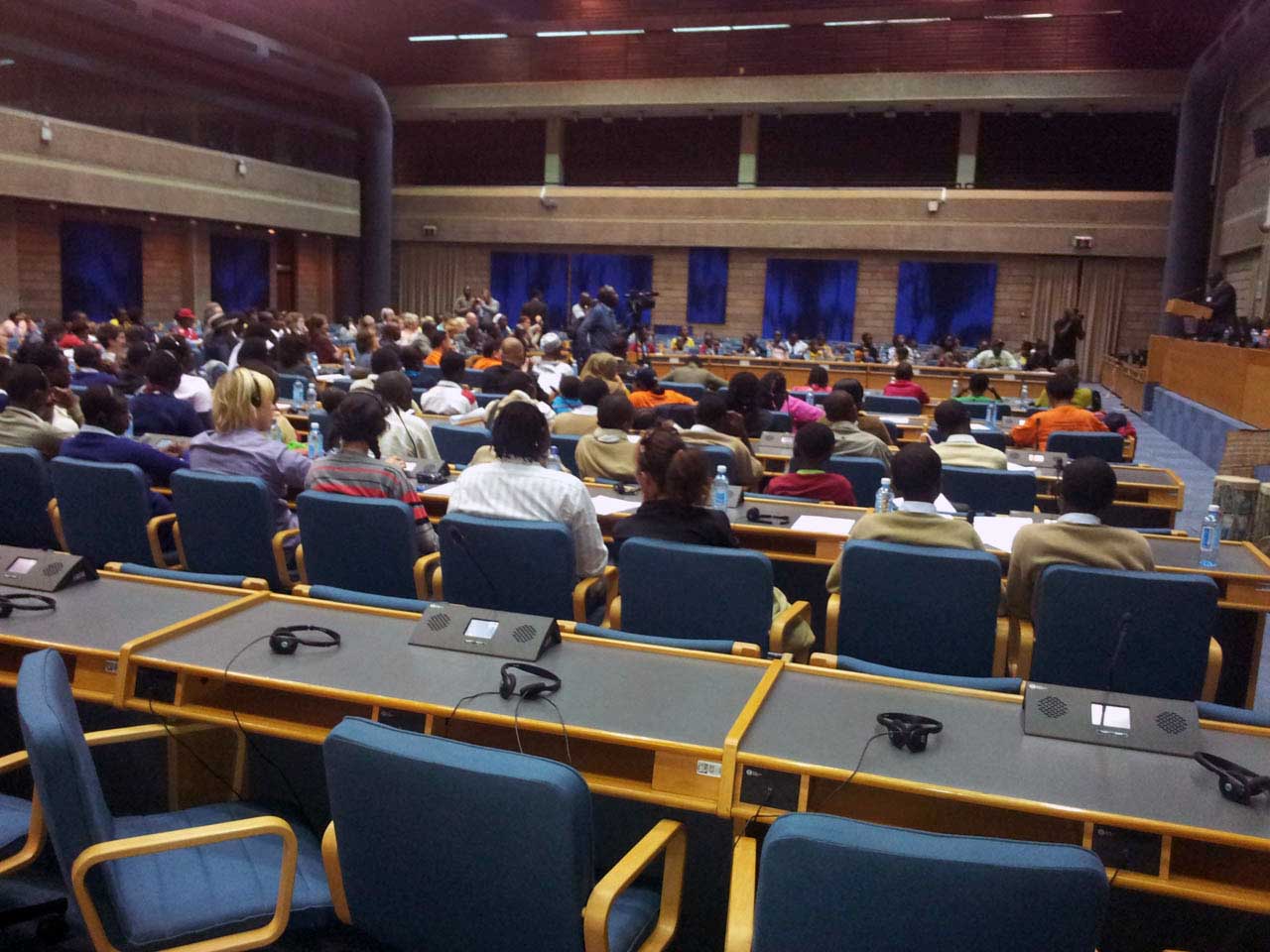 An astronaut is Guest of Honor!

Great celebration when the Children's Meeting Place at UN, Nairobi turned 10 years! The children's special Guests of Honour is Astronaut Loren Acton and his wife Evelyn from USA.

During three days 18 – 20 November we celebrated the 10th Anniversary of the Children’s Meeting Place – the Mother Tree at the United Nations, Nairobi, Kenya.
The children’s special Guest of Honor Astronaut Loren Acton came all the way from Montana in USA together with his wife Evelyn. H.W. Mayor of Nairobi welcomed all guests of Honor to the Mayor’s Parlor at Nairobi City Hall; The High Commissioner of Uganda, City Commissioner of Kuala Lumpur (Uganda) and many mayors from the Lake Victoria Region. The Mayors drafted a Promise to the children and the future. At the same time children and youth had workshops at the National Museums of Kenya. They shared their concerns for the future – to be presented to the official guests.
The Second Day was the Big Day at the The Children’s Meeting Place – The Mother Tree at the United Nations. Speakers at the Official Opening were children, youth, the Director of UNICEF, the head of Children and Youth departments of UNEP and UN-HABITAT, representative of the Swedish Embassy, H.W. Mayor of Nairobi and Astronaut Loren Acton. Officials from six nations came together; Kenya, Malaysia, Sweden, Tanzania, Uganda and USA. Messages were sent to the celebration from the God Mother, also the Patron of the Celebration, Ms Inga Bjork-Klevby (former Sweden’s Ambassador to Kenya and former Deputy Executive Director of UN-HABITAT) and the Swedish and Norwegian Children’s Ombudsman. All reminded of the importance to make the UN Convention of the Rights of the Child reality – as a way forward for children of the world. The drama My Life was performed by six children and youth from Dandora and inspired the seven seminars which followed the official opening. In a special ceremony, children united water and soil from places they care for. It was a moving honor of Children’s Meeting Place – The Mother Tree and also honoring the 20 Children’s Meeting Places which have been inaugurated during these ten years around the world. In the end, all participants and Guests of Honor were given a Gold Medal reminding everyone: When we work together we are all winners!
The third day H.W. Mayor of Nairobi officially presented the Cypress Tree next to the City Hall to be the Children’s Meeting Place of Nairobi. The Cypress Tree is also the Nairobi Christmas Tree – known to most people. The Closing Ceremony of the celebration was a tree planting in Uhuru Park in memory of two friends of the Globetree – the Nobel Laureate Prof. Wangari Mathai and the Globetree advisor Mr. Börje Berglund, who both passed away short before the 10 Year Anniversary. 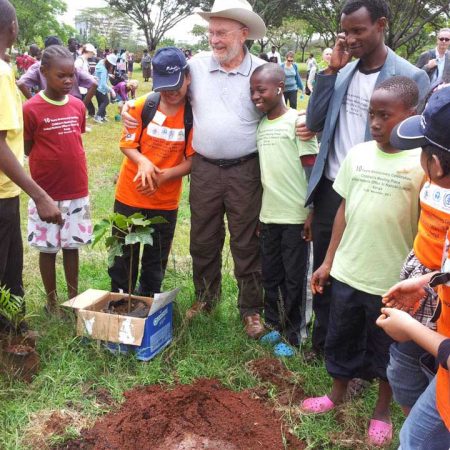 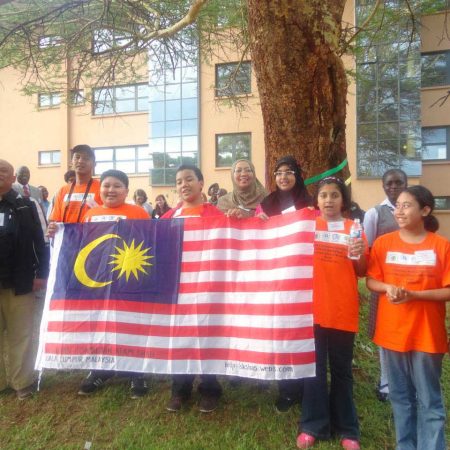